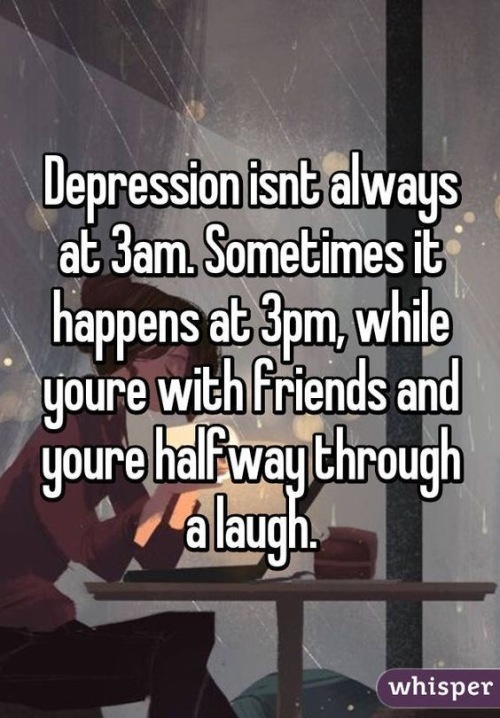 I’ve always been quite an anxious child. When I was young, if my parents would tell me they would be back at 8 or whatever, at 8.02 I am already panicked that they’ve been in a car crash.

When I was in about year 9 my anxiety got a lot worse, I was in a toxic friend group which worsened it over time without me realising. At the start of year 10, things got bad. I was at a point where I would come home from school everyday crying. After a lot of crying, I numbed out which I was so happy about.

Roughly 6 months after the ordeal with my mates, I decided to go and see a counsellor. I’m not sure what prompted it, I just decided to. I was then diagnosed with depression and anxiety, although my counsellor didn’t really understand it as I was always so happy and laughing (which is just my default I guess. Everyone assumes because someone tells jokes and laughs that they are happy, but it can be quite the opposite). The fact that a lot of people didn’t believe I was suffering made it worse I think, it’s still something I suffer with.

I remember one of my mates told me once “I’m probably more depressed than you because you don’t cry”. A big myth about mental illness is that you’re in your room crying 24/7, but that’s far from the truth. Over the year (year 11, I think it was at this point), my depression kept getting worse and there were many nights where I contemplated suicide and even wrote notes on some nights. I am not sure why my depression was so bad, I had a great life. Another thing about mental illness- it can just happen, nothing bad needs to have happened.

I got put on anti depressants which helped me a lot. Then in September, I was raped (you can read my post on that to find out more) and because I was so numbed out on the anti depressants, it didn’t really affect me. In January when it did affect me and I told my counsellor, they told me ‘that explained everything’. But in my opinion, I was just depressed because of how my brain was working, not because of the rape.

Last year, when I was in year 11, I honestly did not care about anything – I would get kicked out of class, I used to care so much about school but last year I did not try at all. Thank God I’m blessed with a fast brain, so I managed to pass the year.

Last year, I would say was my worst year mentally so far, but this year has been pretty horrendous too. When I realised the rape was severely affecting me, I struggled with various symptoms of PTSD (post traumatic stress disorder). I would have nightmares and replay the same situation over and over again, it was like I was trapped inside my brain (cliche i know) and it felt like I was drowning and was kinda struggling for air (it’s hard to explain). I’ve learnt how to manage it now but can’t say it’s gone completely.

I do think however that I am no longer depressed and that I have managed to overcome that which is one of my biggest achievements so far. I plan on coming off my anti-depressants next month (so nervous). I still struggle with symptoms of PTSD (I don’t say I suffer with PTSD because I haven’t been diagnosed) and my anxiety, and panic attacks which keep getting worse, not sure why.

One thing I have been struggling from the past week is a stress headache – sounds kinda insignificant, but it’s honestly not. I’ve had to call in sick to work and I stay in bed most of the day with this aching head and back, all because of my high stress level – it’s insane.

SO that’s my story and I am so glad to say I lived to tell the tale which is nearly over (I hope). 1 in 4 New Zealanders suffer from one sort of mental illness which is unfathomable and extremely sad. I urge you all, if you’re suffering, talk to someone. I have various friends who went through a very similar thing to me around the same time. Although we aren’t close anymore, there is always going to be so much love and understanding and respect there for them.

I also think it is so important to not make jokes about mental illness and suicide and minimise it, as it is obviously not ‘not a big deal’ if we are losing over a million people each year to suicide; one death every 40 seconds and 3,000 deaths a day which is so terribly sad. 3,000 families a day losing a child, a father, a mother, a brother or a sister.

I didn’t cover everything I wanted – but hope you guys enjoyed and thanks for reading.

This week’s submission is by Sofia Barriga who blogs at sofiabarriga.wordpress, do pop by and say hello; she is a new blogger.

If you’d love to contribute and share your story on Mental health Friday, I’d love to have you. You can contact me on My email address: mykahani@yahoo.com.