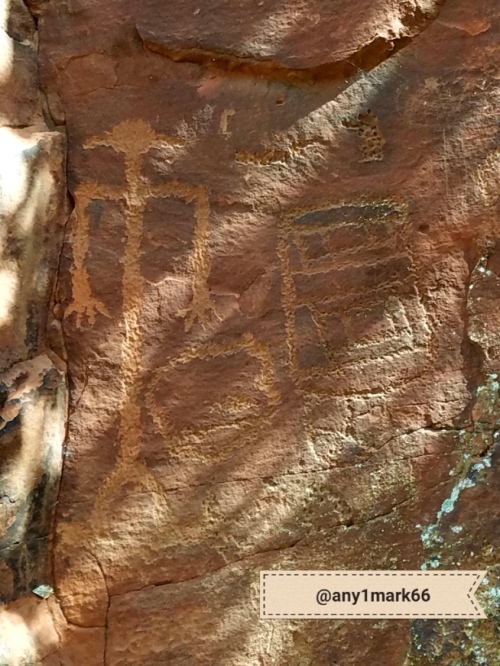 Randy was the new kid in class, so he didn’t get to see Bradshaw hills with us during last term’s excursion. For this term’s, we had formulated a plan to trick him. Bradshaw hills was unique for its cave markings. The class as a whole decided to pretend we couldn’t see the markings on the cave, to make Randy think he’s going nuts when he points at them.

It was funny when we planned it. What began as a joke ended up with Randy screaming his head off and throwing a tantrum to the teacher, declaring that he was losing it. It resulted in his parents being called to take him home and “we” all scared and getting a week of punishment.

That night, I got a call from Randy, thanking me for getting him 2 days off school to rest. Turns out, he had been to Bradshaw hills before and knew of its markings. He only played along because he could use it to his advantage.

Word count:171. The above story is jn response to Flash Fiction for aspiring writers photo prompt challenge. Thank you @Any1Mark66 for this week’s picture.