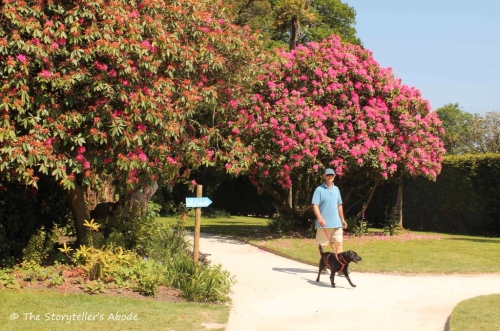 Every other Saturday, Jianna and Rosy took a break from their busy school schedules and visited the neighbourhood park, playing their favourite pass-time, “cool or creepy”.

Rosy claimed, she had a gift of knowing people. She’d once read in a book that identical twins were born with supernatural gifts and had been obsessed with the idea ever since, firmly believing hers to be the gift to Judge a person at first sight. Jianna thought it to be nothing but a house wives tale, still, she indulged her twin sister

“So, what do you think about that guy there with the blue on blue?” Jianna asked
“Him? Definitely creepy”, Rosy replied casually.
Jianna took a good long look at the man and concluded, Rosy was just a weird person.

At night, in the comfort of her dormitory, Jianna turned on the radio to hear an alert about a man who had kidnapped a girl from the park. The only thing to identify him, he wore a blue shirt with a blue cap.

Word count: 171. The above story is in response to Flash Fiction For Aspiring Writers photo prompt challenge. Each week, a picture is given and we are to write a story of 75-175 words only. Thank you very much @The storyteller’s abode for this week’s photo.