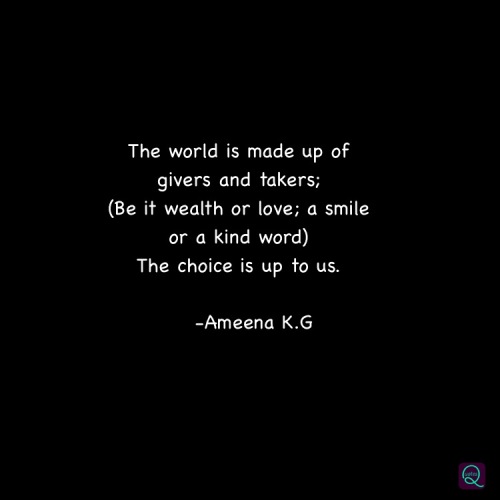 I am not your personal poet;
Churning words at your whims,
Do you approve?
A few more here,
A little less there;
Pouring your emotions,
From the tip of my pen.

I am not your personal therapist;
Listening to your woes at your
Convenience,
A sponge to absorb your torments,
And a seal to my comments,
Because You and You is all
That should come first.

I am not your doll to be used,
Or better yet abused
At your beck and call;
My legs aren’t yours to move,
At the beat of your drum;
Right-left-forward- now back

But I do write your poems,
And I do listen to your woes,
I’ll move the ground and skies for you,
You don’t even have to ask.
I don’t do it for your status,
Your might or your “prowess”,
I do it because i’m made that way,
To give and bleed unreciprocated.

I do it because,
my heart’s wired to give,
Even if yours isn’t.

Yesterday, I posted a poem about “truth being a bitter pill to swallow” which was inspired by an event that occurred with my sister. I rarely share the inspiration behind my posts, but this time, I want to make an exception.

My sister and I were conversing and she pointed out a certain flaw I struggle with; of course being me, I got defensive. It wasn’t until later on that I realized what she was trying to say. She wasn’t condemning me, merely stating a fact.
Now, this certain flaw is something once I became aware of, I try my best and go out of my way to overcome it.

I am not where I want to be in regards to it, but those who matter in my life know, I have come a long way from where I was. They know I try and If I was a zero few years back, I am a 6 now. Which even though is not a 10, it’s certainly better than being stuck at that zero.

We all have things we struggle with and traits we’d like to change, but the truth is- knowing our flaws and overcoming them are two different things. It’s not enough to say “okay I know that”, we’ve got to try to change it. Now I realize, there is no need to get hot headed over certain things. Change is a gradual process which doesn’t happen overnight. The fact that we are trying makes all the difference and those who matter in our lives know it.

This reminds me of a quote by Actor Hugh Laurie whom a lot you may know was the Genius sarcastic Doctor we can’t help but love- Dr Gregory House. He said,

-Time changes everything. That’s what people say, it’s not true. Doing things changes things. Not doing things leaves things exactly as they are.

Just thought I’d share an event which inspired me this week for Writer’s Quote Wednesday. 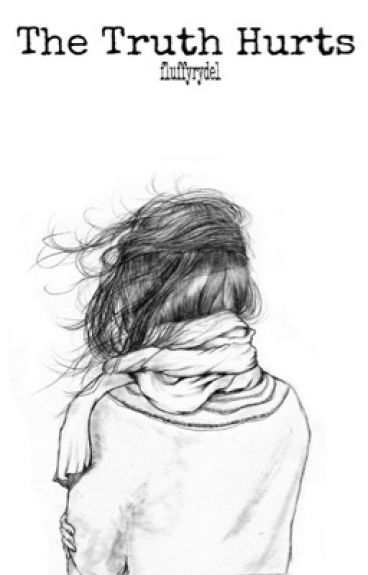 The truth about truth is
It can be a bitter pill to give forth,
And you won’t know just how tough it is
Till you face it at a cross road,
And in short what life has thought me
Is that lies are easy flowing,
And with one comes forth another
Till a mountain’s made from one Mole.
Till you’re standing at the bottom,
And the lies have reached a tipping point,
They come crashing in one moment,
You’re stuck struggling at the bottom.

Some may ask me how I know this
Of the burden lies keep pilling,
I say, life has taught me the hard way-
Of the weight of fallen mountains,
Of the perks of easy flowing words
Of the falling after graces;
Of the praise a sweet lie brings,
Before a lifetime of grievances;
So in truth, though truth is bitter,
And lies are easy-flowing,
I hope you know the road gets rougher,
After the easy one’s been taken.
And though truth can be a bitter pill,
The best medicines often are.

The above image is courtesy of An Auslly Fanfic| Wattpad

To the one who reads my poems and praises them behind my back. I heard all about you today. No names were mentioned, but, it had to be you. We haven’t spoken in forever, we used to talk everyday, remember?  I hear you want to know how, I’m sorry but there Is no how… I just read and write. I know, it might not make much sense to you, it doesn’t make much sense to me either. I’m not a writer… I just write.

You made my day, and through this blabbering, that’s all I really want to say. I know you didn’t say it to my face, maybe you couldn’t. Why? Is a question for another day. For now, all I have to say is thank you.

You may not read this… I hope you do.

And I know
You’re a disaster,
Waiting to occur;
A volcano,
Waiting to erupt;
But for a brief moment
I give in to delusions-
Hoping maybe,
It’ll be roses
‘Stead of molten;
And you’ll be my charming
‘Stead of the reality
I know, you are.

The brief moment-
Was all it took,
To smear your molten,
And burn wounds;
But honey,
It was only a moment-
It hurt,
It burns,
I’ll survive.
You deluded
Me with words;
But you can be charming
For only so long,
Before reality,
Deals you
An unwelcoming knock.
I won’t stick around
To soothe or numb;
I hoped you were charming,
I was wrong…

Placed myself
In others shoes;
Wrote about them
To escape the truth;
My world, crumbling-
Brick at a time;
The walls, closing in-
Nowhere to hide.
Loneliness ripping
The veins in my heart;
Memories turning
My nights into trials.

In prayer I found
The passion to breathe;
With ink from my vein-
I regained my will;
Through writing and rhyming,
Transforming my feelings,
To words read on paper-
I regained my zeal.

Placing myself,
In my own shoes;
I wrote my reality,
And realized my truth.

They prayed for wealth, stayed up at night;
And in the day, worked till they sweat;
They chased the fineries of the world,
But little pain did it erase.

He sought for peace, out far and wide-
Journeyed from cities to forest to land;
And all the worldly he possessed-
Could little his tormented soul impress.

They raced to catch the earliest fish,
Ignoring the beauty of the sea;
He had all the fishes he could eat,
Alas no one to share it with.

He had the wealth, they long sought for-
They had the love he journeyed for;
He chased for theirs and they did his-
And race through out life, they did.