It’s both a pleasure and an honor to be interviewed by the wonderful Hargun Wahi. I had the best time, chatting with her and trying to make this work despite time differences.
Below is the interview. Please do check it out 😊 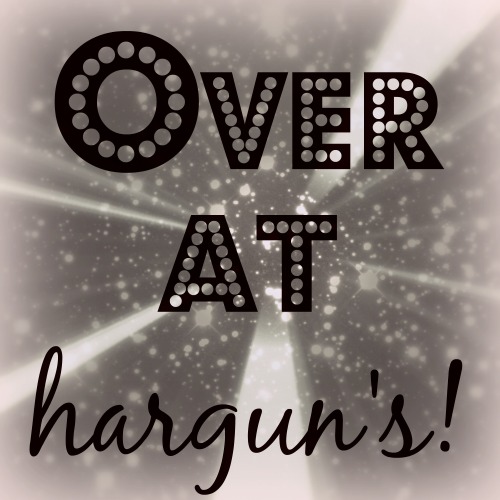 Sat Sri Akal! A warm welcome to all you this chilly winter evening. OAH is finally back  and it’s a girls’ day out this time.

We all in the blogging world know a person through their blog or the interaction with them in the comments section. But many times we form a bond with these people, we often look forward to seeing them in the blogging world and then we realize we have found a great friend! Or else, there may be personalities whose works are a big inspiration to you. Though virtual, these friendships and fan followings are real. And so here’s OAH, where we more than just meet and greet a fellow blogger, we see some unknown aspects of their life and we have loads of fun doing that!

Now, I hope you all are tucked tight in the blankets because if you are not, you just might…

There are a lot of reasons why being a female is hard. I could actually write a whole long list as to it, but since I am limited to 1500 words for today, I’d pick one and say “period” or In the more formal term”menstruation”.

What I really mean is “impromptu menstruation“. If you are a female, then you know what I’m talking about; that moment when we’re out in public (putting on a white skirt) and then all of a sudden, the walls of our uterus decide to shed and bam, a red spot which gradually expands, appears on the skirt In public, for all to see. Yeah, getting stained in public is not a pretty experience at all. And if you haven’t experienced this, then I want to say you are one very lucky lady and hopefully you wouldn’t have to. But for those of us who have/had irregular periods, when the period decides not to come on the normally accepted 25-30 days, but instead it comes whenever it feels like without a regular pattern, then I sympathize with you and you are not alone.

Coming to this discussion, in my post on “how puberty did me wrong“, I talked about one experience of being stained in school (surrounded by a bunch of guys) and even though there are a whole lot more embarrassing stories of being stained in public ( irregular periods is not pretty), I’ll save them for next time. Instead, I want to talk about how to prepare oneself for impromptu periods. If you have ever had one of those embarrassing “public staining” experience, then I hope after reading this you wouldn’t have to.

So, how to avoid public embarrassment in relation to menstruation. In other words, must have Kit to effectively deal with impromptu menstruation.

1) The first on the list, which I’m sure a lot of you can guess is A SANITARY PAD. I would have suggested tampon, but l feel at that moment when you realize “oh boy, I think I’m on my period“, the easiest thing to do in that anxious state of mind is to put on a sanitary pad, and then (if you have a heavy flow) hurry home and deal with in the right way. So first on the list is a Sanitary pad. And the beauty about them is they can fit into even a small clutch, making them easy to carry around.

END_OF_DOCUMENT_TOKEN_TO_BE_REPLACED

This week, I had the chance to interview someone whose courage and strength I admire. This person has been suffering from depression, self-harm and is a multiple suicide attempt survivor. Yet, despite this illness, she has managed to take charge of her life, thrive and is now in her third year of medical school. Being born in Saudi and suffering from a mental illness, she shows that this illness isn’t only restricted to the west, it can happen to anyone regardless of religion or race. She prefers to stay anonymous and I respect her wishes so I’m not going to mention any names. But it was a pleasure interviewing her and I do hope this interview sheds some light on self harm and depression; and shows that you can survive and live your life despite the odds.

Tell me a bit about yourself
I am 22 turning 23 next March. I was born and raised in the kingdom of Saudi Arabia (KSA). Then I moved to Malaysia when I was seventeen for university. My brother was already there a year before me. I moved in with him and my cousin. I lived in Malaysia for three years; switched between electrical engineering and architecture throughout the three years. From there, I moved here to Sudan.

Wow, didn’t like the courses anymore?
Well, I couldn’t find myself in electronics engineering and I like to draw, so I thought I’d find myself in architecture and it wouldn’t be such a drastic change. But my dad had me change back (to engineering). I couldn’t get myself to go on with the courses so eventually, I got to transfer back to architecture.

Did your dad know you switched back to architecture?
Yeah my mum told him. At first he did mind, but there was nothing he could do really. Plus, it was my choice to make.

Yeah it is. Did you know a lot about mental health growing up?
My knowledge was of course limited and of course it still is, but I’ve always been greatly interested in that topic.

How old were you when you got diagnosed?
I was seventeen years and I was diagnosed with depression.

How did you find out?
Well, I’ve been depressed since my early teens but I never really knew what was wrong with me. And when I moved to Malaysia, it only got worse. I started self-harming and became extremely suicidal. I was very hesitant about seeing a doctor cause I was scared of my family’s reaction and how I was gonna be perceived. But a very close friend that I knew through twitter, who was (also) the only one who knew what was going on, managed to convince me to see a psychiatrist.

But how did you manage to hide the self-harm scars from people?
At first, I used to cut my legs only. When I started cutting my arms, I would do it in areas that weren’t noticeable. But after a bad incident, I had to start wearing long sleeves everywhere even at home which raised many questions from my brother and my cousin. But I always had a good answer ready.

What do you think is the relationship between depression and self harm? I mean, a lot of depressed people self harm, from your experience, why do you think it’s that?
Self harm is a way of coping with depression, or at least, it was for me. People that are depressed experience many emotions like emptiness, sadness, numbness and self hate. Expressing those emotions can be very difficult. And for some people, self mutilation is the only way they know how to do so. END_OF_DOCUMENT_TOKEN_TO_BE_REPLACED