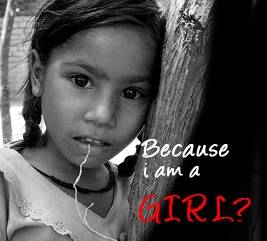 I trudged along the narrow pathway that led from the school to my apartment street. The sun was at its peak, I had to walk with eyes half closed to shield them from it’s piercing rays. Just as I was venting out some “not-so-nice” words about the weather to myself, hoping no one was near enough to hear, I noticed a crowd of young men with a few women among gathered at the dump site which bordered the fence of a medical centre.

They stood a few feet from me- some of the men were in a squatting position and two of the women were extending their necks in between the men’s shoulders to get a better view and then retreating to disclose the information to the rest of the women who stood eagerly waiting. My first instinct was, “Khadra, go home”, but then again, the gossipy side of me won as always and I found myself nearing towards the gathering.

Rather than force myself through the thick skinned men, I decided to stand beside the women, knowing well enough that they would willingly offer the information- all they needed was a listening ear.

I got to the gathering and upon sighting me, the back-standers motioned to me saying “Hina” meaning “here” and an opening was carved for me amongst them which led to the centre. One look at the sight in front of me and my God, even with three years of medical school, the urge to purge out my intestinal contents couldn’t be resisted. I thought to myself “breathe Khadra, breathe”. It took all the guts in me to swallow back.