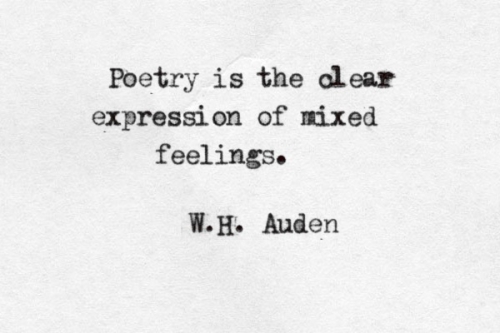 Hello there! Welcome to another writer’s quote/ poem Wednesday where I share some of my favourite poems written by other authors. Today’s poem has to do with the overwhelming feeling of grief and mourning. I just realised that last week poem (O captain, my captain) was also regarding a similar theme. But despite the similarities in theme, the way the poems and the emotions are depicted in the two poems are completely different.

Today’s poem- stop all clocks, talks about a person who has lost someone dearly close to him. What I love about this poem is that it requires little analysis, written in simple clear words with vivid imagery. The first stanza describes what the character wants to occur now that he has suffered a terrible loss. In the second stanza, the grief is so overwhelming that the character wants the world to mourn with him. In the third stanza, he describes what the person who had passed away means to him and then finally in the last stanza, the character is so blinded with grief, he sees no light past it and wants the entire universe once again to mourn with him.

This I find so sad as the poem ends with the statement- For nothing now can ever come to any good, I pray no one dwells in such a state for a long and may we always believe in at least an atom of good to come.

Stop all the clocks, cut off the telephone,
Prevent the dog from barking with a juicy bone,
Silence the pianos and with muffled drum
Bring out the coffin, let the mourners come.

Let aeroplanes circle moaning overhead
Scribbling on the sky the message He Is Dead,
Put crepe bows round the white necks of the public doves,
Let the traffic policemen wear black cotton gloves.

He was my North, my South, my East and West,
My working week and my Sunday rest,
My noon, my midnight, my talk, my song;
I thought that love would last for ever: I was wrong.

The stars are not wanted now: put out every one;
Pack up the moon and dismantle the sun;
Pour away the ocean and sweep up the wood.
For nothing now can ever come to any good.

Indulge me dear readers. According to W.H Auden, poetry is the clear expression of mixed feelings. So I’m putting this question out to you all, “what is poetry according to you?”