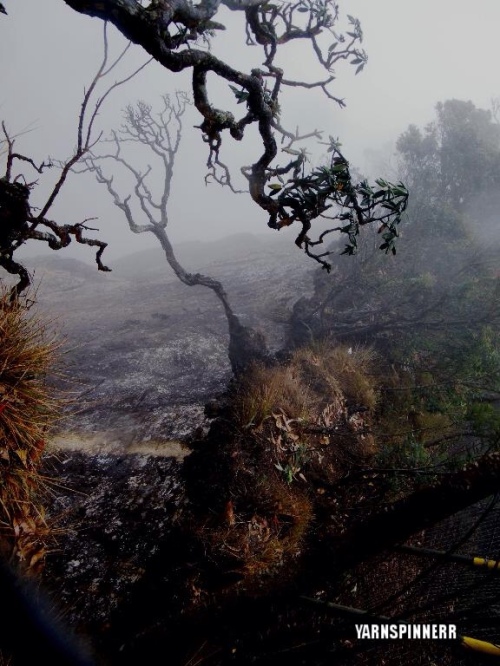 Death’s edge was as gruesome as its name. The air smelled like a mixture of burnt wood and rotten meat, the atmosphere had a constant haze around it and the trees had several twisted branches which mimicked wrinkled hands pulling at a person especially with the forest’s limited lighting.

This was the reason D.S Fenworthy was sceptical about being sent to pick up his boss and partner D.I Lucy who happened to be at death’s edge. Lucky enough, he found D.I Lucy standing at the side of the road, casually dressed in baggy pants and a hoodie, her black scarf on her head and a bag slung over her shoulder. D.S Fenworthy was only too grateful to have no reason to enter death’s edge.

He looked at his boss, swallowed hard, then said, “can I ask you a question, boss?”
Seeing D.I Lucy’s nod, he continued, “you okay?”
D.I Lucy fixed her gaze towards the road, twirling her empty ring finger with her right hand and letting the silence answer.

word count: 170. This story is in response to flash fiction for aspiring writers photo prompt challenge hosted by priceless Joy where each week a picture is provided and we are to write a 75-175 word story on it. Thank You very much @yarnspinner for this week’s picture.